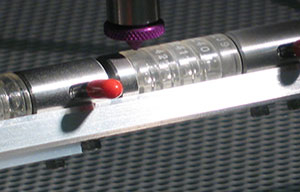 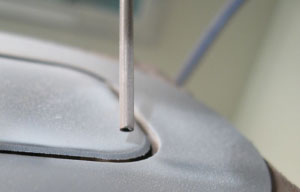 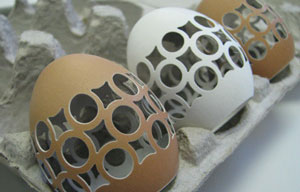 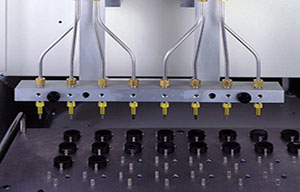 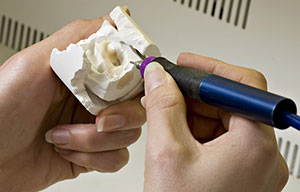 How to Control Erosion with MicroBlasting

MicroBlasting delivers controlled erosion at its best. It provides very tight control over the media delivery process to accurately mill or etch surfaces. Controlled erosion with MicroBlasting can be performed on everything from hard ceramics to soft epoxies. Here are some things to consider:

The blaster itself is a variable in controlled erosion applications. In order to control the erosive depth to 70 nanometers, a precise abrasive flow is required; however, not every micro-abrasive blaster supplies a consistent flow of abrasives. Even small fluctuations in the abrasive flow cause variation of particle velocities at the nozzle. Though imperceptible to the human eye, these variations result in the uneven erosion of a surface. All Comco micro-abrasive blasters feature our patented modulator system that feeds a precise and consistent amount of media into the air stream at 60 times per second.

The most significant variable in a controlled erosion application is the composition of the substrate. Crystalline surfaces erode evenly and fracture along crystal interfaces. On the other hand, the ceramic part and the binder on sintered materials may erode at different rates. The ceramic may “pluck” from the binder, creating a large crater. Over time this plucking results in a wavy surface finish. 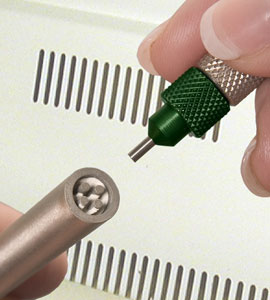 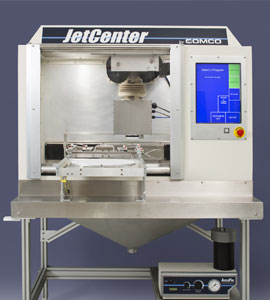 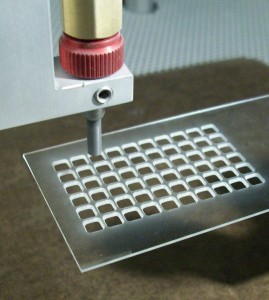 The vast majority of controlled erosion applications are performed with automated systems. By automating the parts-handling component of the blasting system, tight tolerances can be achieved—in some applications, as tight as 0.5µ. Automation is almost always necessary to etch pockets into a substrate. Automation can be approached in one of two ways:

*The above approaches, direct machined and masked, can be applied in manual applications when tolerances are not critical and/or volume is not sufficient for automation.

Bearing surfaces must run smoothly to meet new efficiency requirements in jet engines. Precision channels etched into the surface of a ring create an air bearing. Any variance causes a wobbly bearing. These bearings are made from hard, brittle materials, so etching a flow path with a tolerance of 0.5 µm presents a significant challenge.

MicroBlasting is surprisingly well-suited for this requirement, as it provides tight control over particle velocity and accurately controls etching depth. The ideal abrasive for this application is aluminum oxide. It is only slightly softer than diamond and able to cut through these hard surfaces easily.

Our automated systems are able to monitor the abrasive stream for both quantity and consistency and feed these measurements back into the system to keep the etching rate constant. 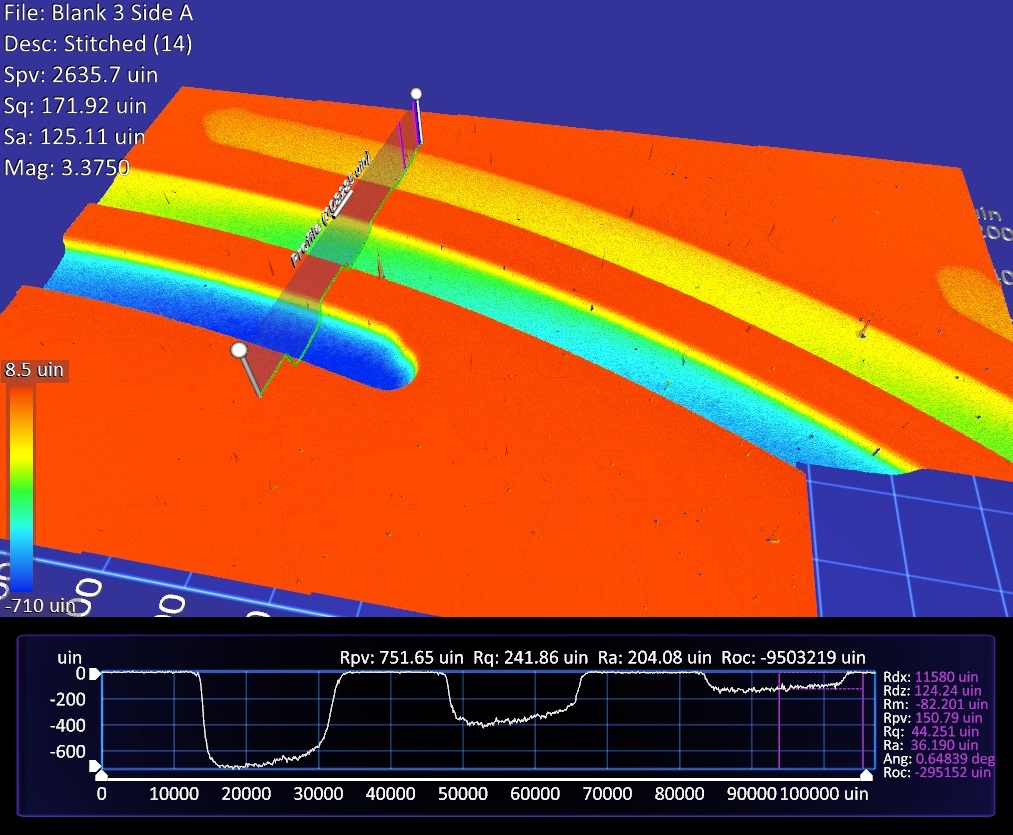 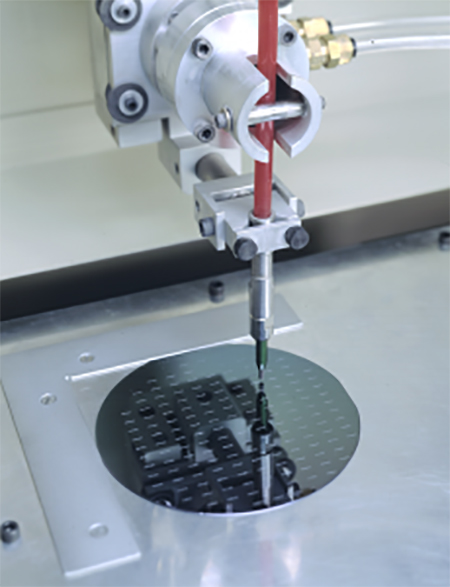 Silicon wafers incorporate both semiconductor and mechanical features now. The manufacture of ink jet printer cartridges is a good example of this convergence. The via, or hole, that connects the ink reservoir to the individual nozzles is carved into the same silicon wafer that manages the signal. This via must be drilled into the middle of each silicon wafer segment and its shape is critical to flow of ink to each nozzle.

MicroBlasting cuts an organic shape in a silicon wafer, improving the fluid dynamics of the ink flow. Even better, a micro-abrasive stream can drill without generating heat or vibration, limiting the formation of micro-cracks.