From Customization to Standard Feature 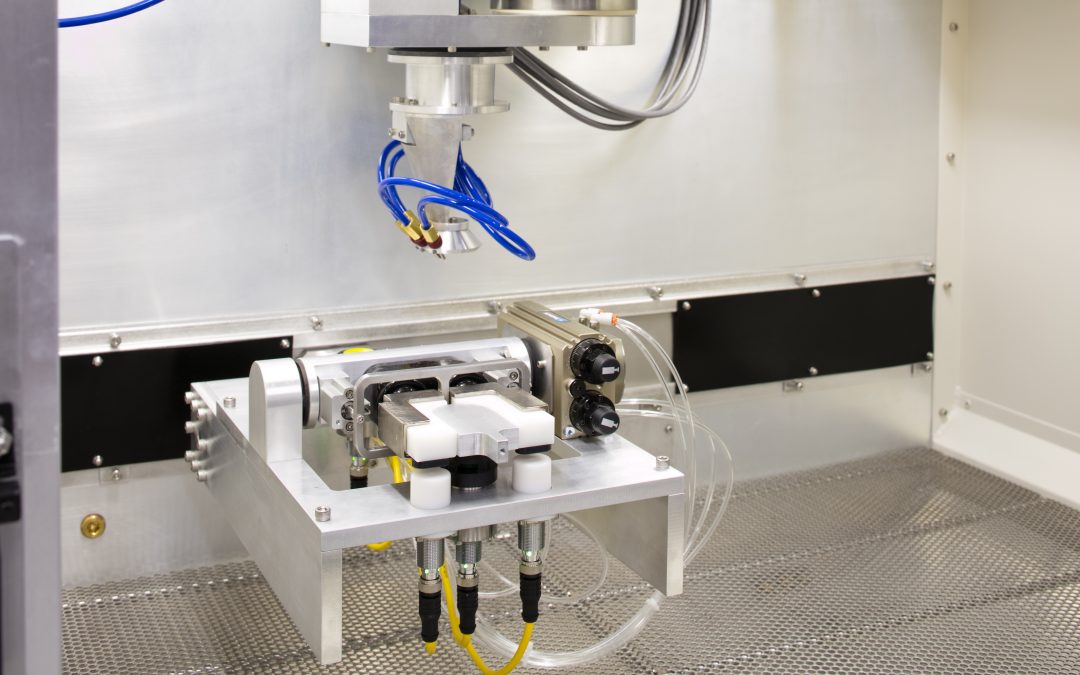 How do our engineers come up with new features for our automated systems? We get ideas from you! Sitting in the lab brainstorming what modifications our customers need for imagined applications is no replacement for the real-world experience the users of our machines gain every day.

Many of the features added to our automated systems were custom modifications intended for specific purposes that we soon realized could benefit a wide range of applications. We profiled our favorite ones below:

Usually, when two sides of a part need to be blasted, an operator loads a tray of 12 or 20 parts into the JetCenter and runs the first blast cycle. The operator then removes the tray, flips each part over by hand, and places them back into the machine to blast the other side. Not only is this process time consuming, but it’s also inefficient. When manufacturing medical components like a pacemaker, keeping a component to its exact specifications is very important. Since humans are not great at repeating exact movements, flipping parts over by hand introduces uncontrollable variables.

We invented the Flipper Gripper to minimize human error. It’s an attachment that can grip the part and flip it over. When combined with the Twist Wrist, a nozzle fixture that imitates the flexibility of a human wrist, the JetCenter can process every side of a part without interruption.

The process works like this: first, the vacuum grip holds a pacemaker in place while the camera determines its position. Then, the system’s computer calculates the blast path based on this position. Once the calculation completes, the Twist Wrist processes the top and sides of the part. Finally, the Flipper Gripper turns the part over and the process repeats – all without human interaction (just like my mornings pre-coffee).

While we initially created this modification for the medical industry, any industry can benefit, even when part specifications are met flipping parts over by hand. Turning components over isn’t a good use of anyone’s time if the process can run automatically.

Want to see the Flipper Gripper in action? Click the video below.

While we’ve added tailstocks to our automated systems for decades (it’s great at holding lenses in place during engraving), one of our clients realized they needed something a bit more complicated for cleaning injection molding components.

Their application uses an Advanced Lathe with four axes: left and right (x), up and down (z), front and back (y) and a spindle (w). During the cleaning process, the part moves along the y-axis. This poses a problem, however, as long, thin parts are unstable without a tailstock. The solution? A tailstock designed to attach to the spindle itself instead of a stationary one mounted to the left-hand side of the lathe. This “Traveling Tailstock” can move with the y-axis and make assembly removal easy.

Clients use this modification for all kinds of applications. For example, the Traveling Tailstock can stabilize a bone screw or hold an entire tray of parts in place when blasting both sides. 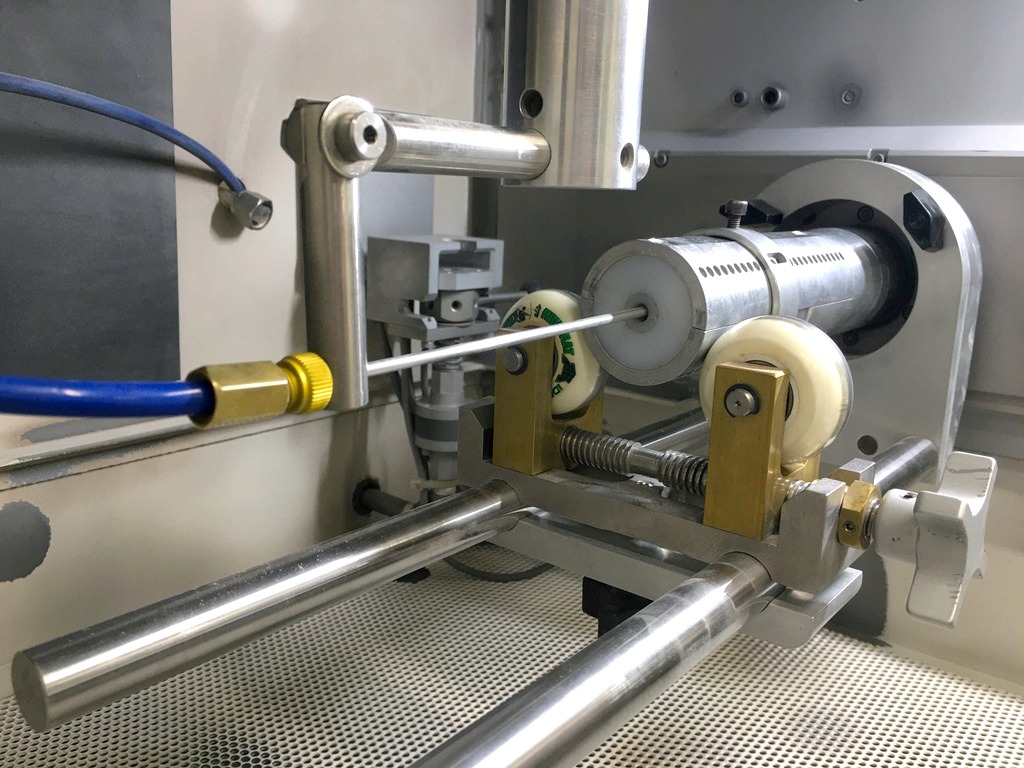 The Traveling Tailstock holds long parts in place during blasting. 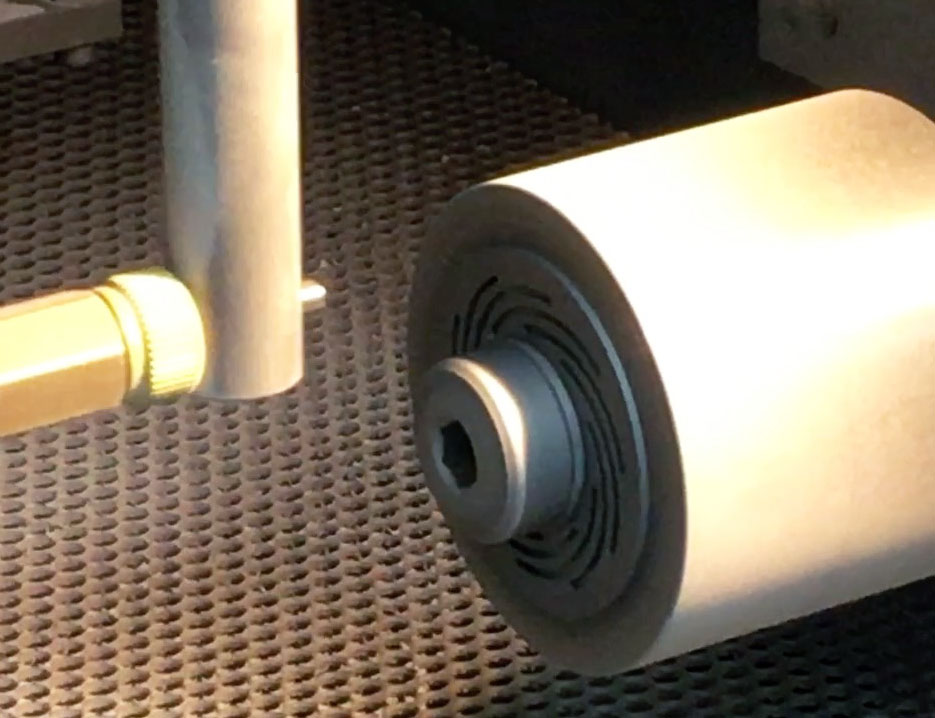 When etching hydrodynamic seals, The AccuFlo is weighed to determine how much abrassive has been spent.

The in-unit scale is a modification used to calculate blast duration, increasing the accuracy of material removal. This can be done in one of two ways:

If a JetCenter or Advanced Lathe performs multiple applications, then the barcode reader can be a lifesaver (or at the very least a time saver). It’s as simple as it sounds: a technician scans a part’s barcode and the automated system’s computer loads that part’s program. This reduces the chance of human error.

Additionally, tracking lots or serial numbers on parts can contribute to a robust tracking system. The scale described in the previous section can weigh each part after scanning, assisting in the QA process. 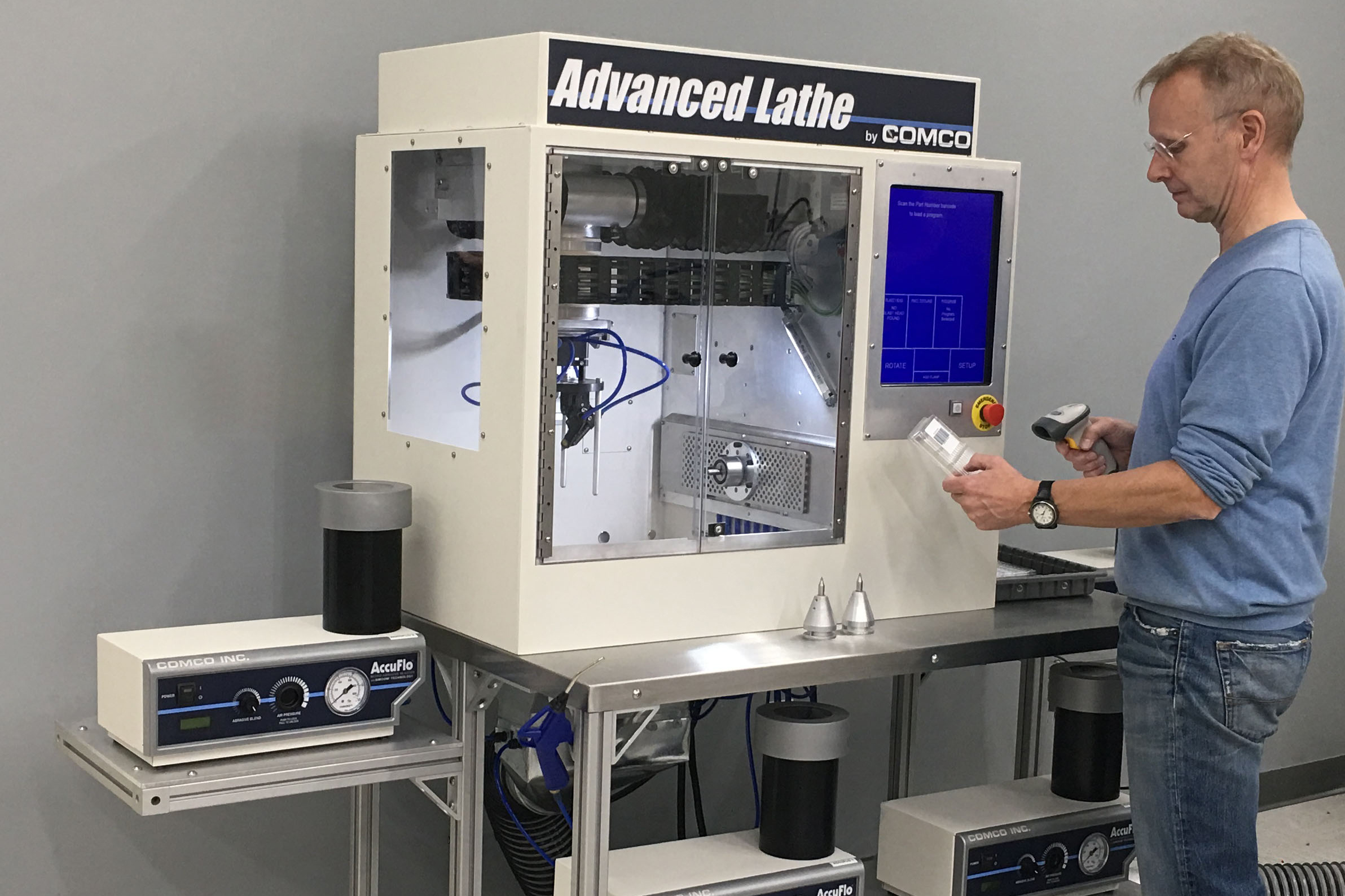 Check out our information on nozzle fixturing, the ring nozzle, and the Grip Wrist for more ways to customize your JetCenter or Advanced Lathe.  If you’re looking to upgrade from your ProCenter Plus to an automated system, feel free to contact us. We’ll help you find the best configuration for your process. 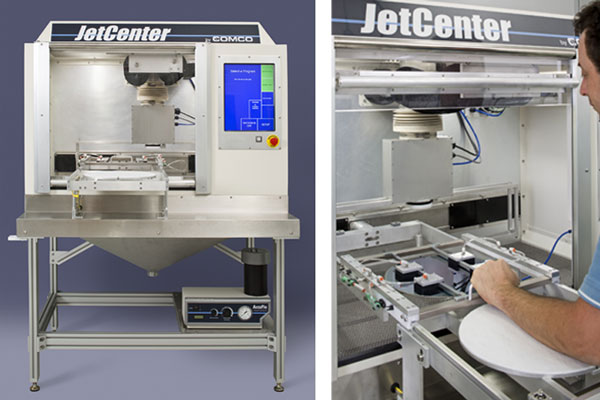 The JetCenter: the New Lathe on the Block

Every so often we get a customer request that stretches us beyond our current line of MicroBlasting systems, that sends our Engineering Team into the lab until they emerge victorious with a new design. Continue Reading → 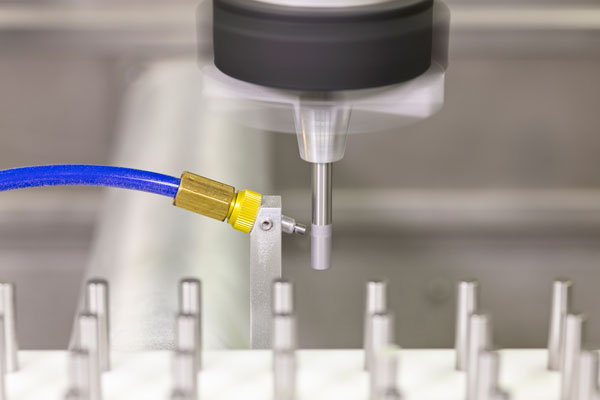 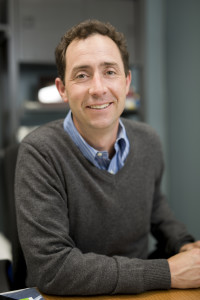